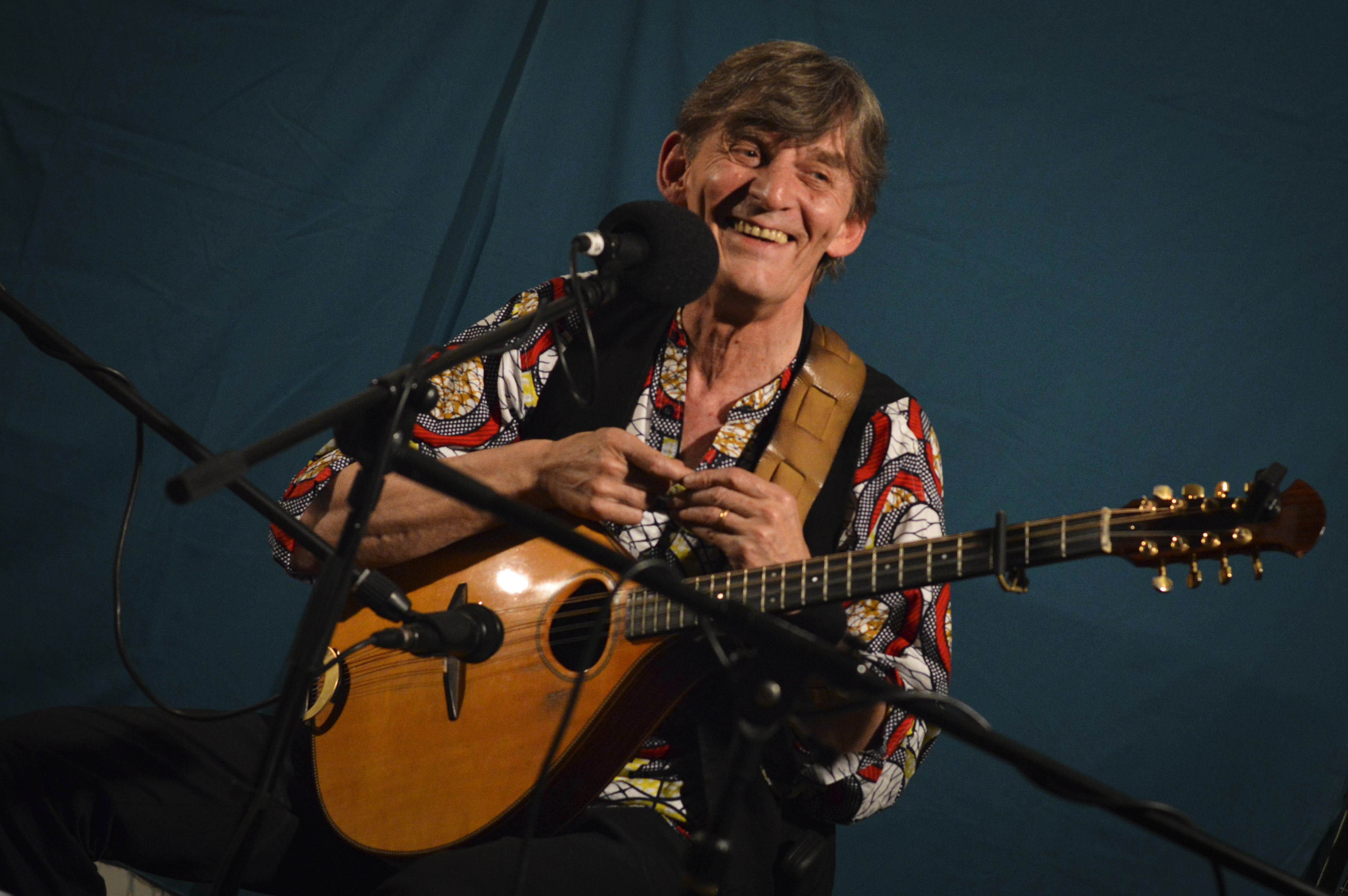 Uniquely gifted as a terrific singer and accomplished multi-instrumentalist, Pete has a strong, distinctive voice, enhanced by his instrumental versatility, the ringing strings of his bouzouki, the sweet chords of his mountain dulcimer, the plaintive frailing banjo and the pulsing reeds of his melodeon. He’s also a country dance caller, creator and band musician.

In 2016 Pete was awarded a Gold Badge by EFDSS for his outstanding contribution to folk music. He is known as a “One-Man Folk Show”, with a predominantly traditional repertoire, a true master of his craft.

Pete has been a professional musician since 1971, playing at festivals, concerts, clubs, dances & schools throughout Britain, Europe, Asia, New Zealand & USA. During the 70’s he was a member of the legendary New Victory Band, and with Nic Jones, Tony Rose and Chris Coe he was member of Bandoggs. In the late 80’s and early 90’s he toured and recorded with Red Shift, but since 1985 he’s mainly worked as a soloist artist earning an enviable reputation.

He is an energetic activist for the scene as well, founding Ryburn 3 Step, running folk clubs, dances and workshops in the Ripponden/Halifax area, whilst also teaching music and dancing at schools. He’s still one of the most committed, most versatile, most important folk artists in Britain.